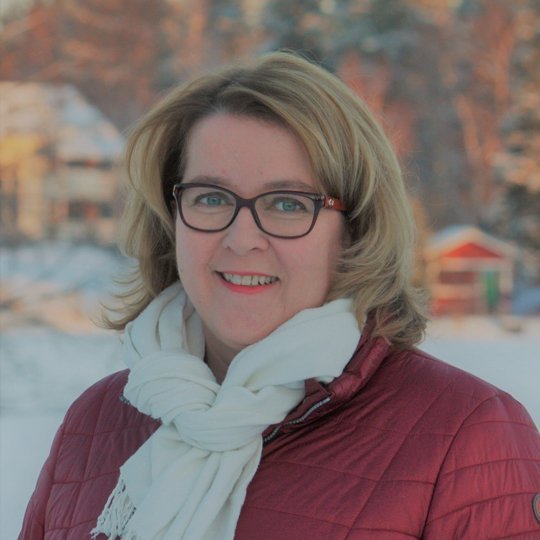 Kaisa Saarijärvi is responsible for HR, Communications and Community Relations for Europe at the Agnico Eagle Mines Ltd.

Previously she has worked for Stora Enso Paper, being responsible for local and divisional HR matters. Before Stora Enso she worked for Nokia Networks, in various engineering and management positions and the last years in HR positions. She holds a B.Sc in Telecommunications and has completed the basic studies in Psychology in Helsinki University. 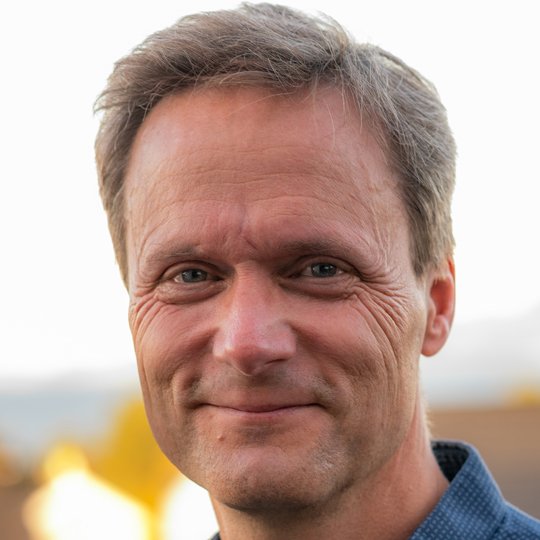 Henrik Schiellerup is Director for Resources and Environment at the Geological Survey of Norway. He has a PhD from the Norwegian University of Science and Technology and an MSc from the University of Aarhus in Denmark. His primary background is in igneous petrology and mineral resources. Since 2001 he has been working at the Geological Survey of Norway both as a researcher and in various managerial roles. He has been Division Director at the survey since 2019. 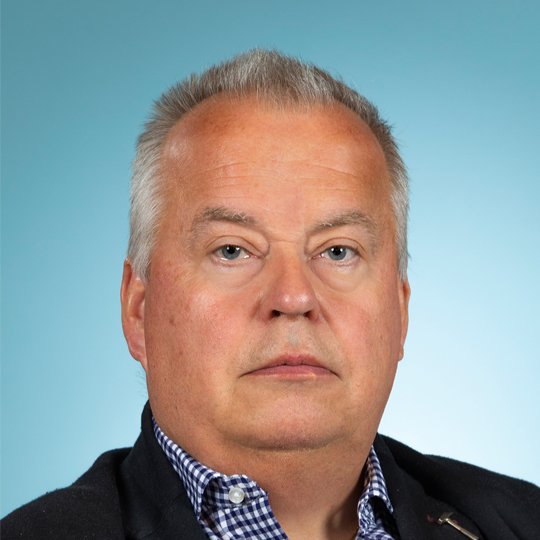 Henrik Grind holds a MSc degree in Geology and Mineralogy from Åbo Akademi. He has previously worked for Boliden (1995 -2001), Nordkalk and Lappland Goldminers until he re-joined Boliden (2014) as manager for the External Growth team. Since January 2020 Henrik has been leading the Boliden Kevitsa mine in Sodankylä, Finland. 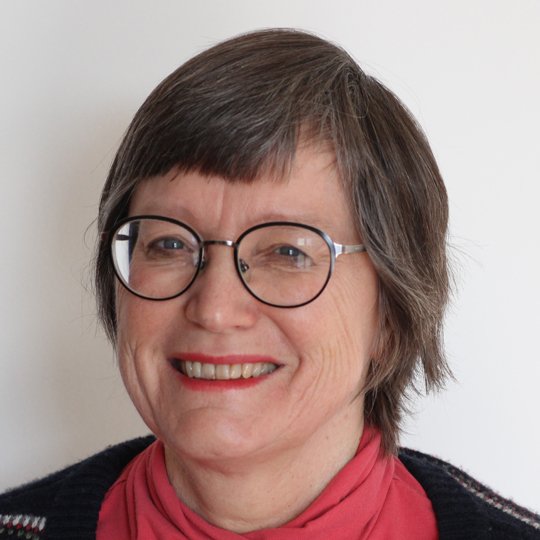 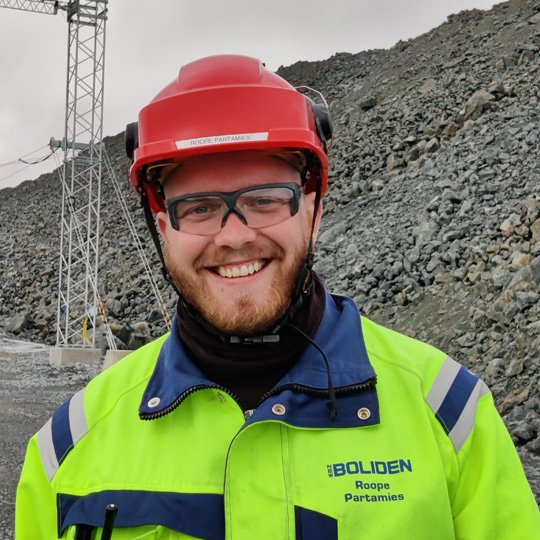 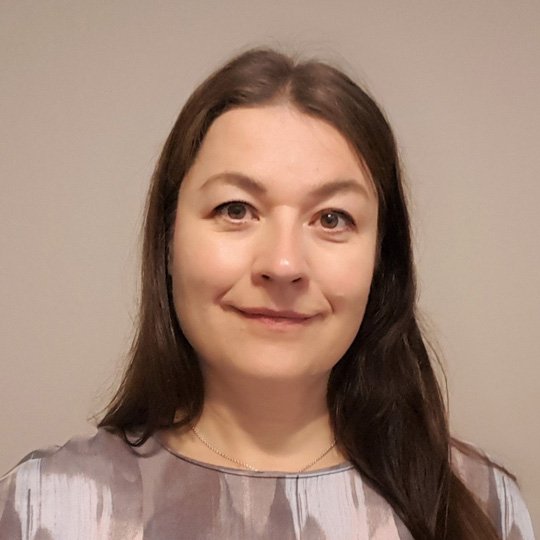 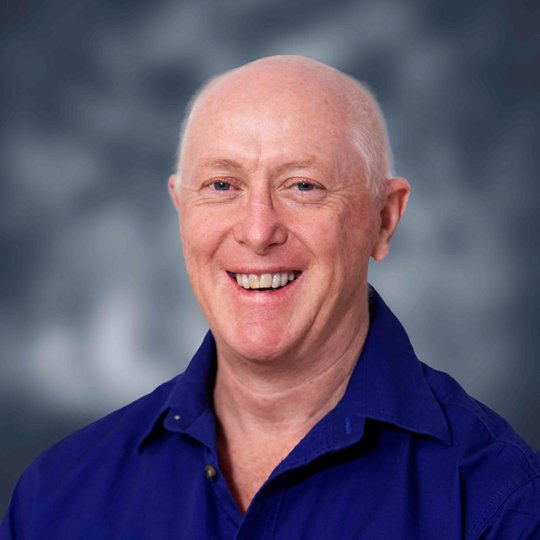 Nick Cook leads a Finnish team of geoscientists and technical staff who have built the Rajapalot project into its third resource update, now exceeding 1 Moz gold equivalent.  Nick is a keen hands-on geologist with a long history in Proterozoic terranes, both as an academic and exploration geologist. Nick is also heavily involved in cooperative research projects with the Geological Survey of Finland (GTK) including the EU-funded New Exploration Technologies (NEXT), and Business Finland-funded BATCircle and BATTrace.

Øystein Rushfeld is mining engineer with 33 years of experience from Norwegian and international mining companies. Former employers include Rana Gruber AS, Sydvaranger AS, Hustadmarmor AS, Titania AS and Eramet Norge AS. 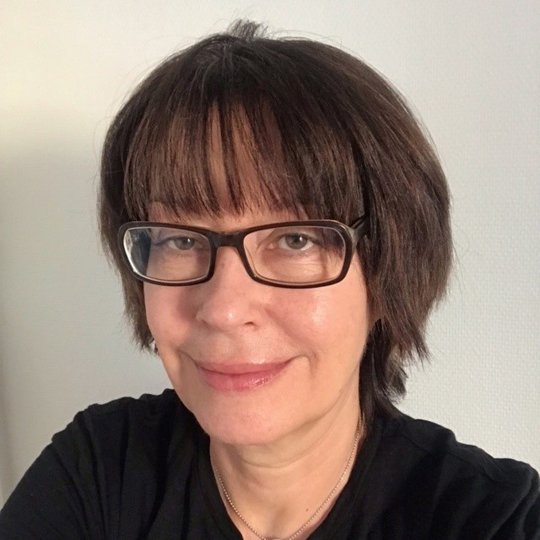 Ildikó is a Geophysicist at SGU, with more than 23 years’ experience in processing, interpretation, and modeling of geophysical data, both airborne and ground data. Extensive experience in different modeling techniques and implementation of results in bedrock maps and field work in areas with high mineral potential. Since 2011 also experienced in geophysical 3D inversion techniques mostly potential field data. 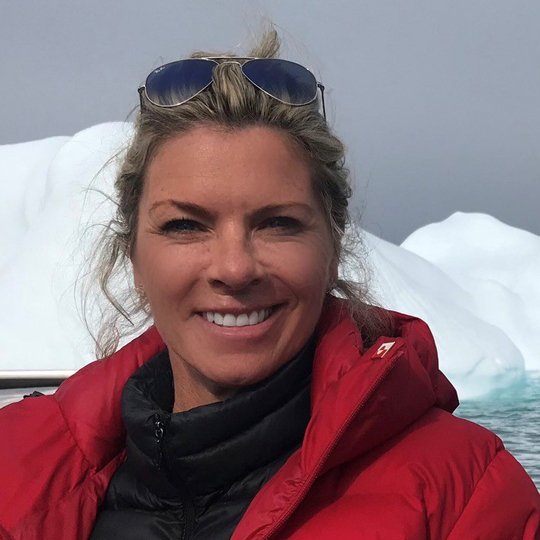 Presentation: An introduction to Aappaluttoq

Hayley Henning serves as chief commercial officer (CCO) of Greenland Ruby, a ruby and pink sapphire mining operation at Aappaluttoq in southwest Greenland.  Greenland Ruby was awarded a mining and exploration license by the Greenlandic government in 2016 and is one of the first mines to commence modern operations in Greenland, and is the first corundum mines in the Arctic.

Hayley’s responsibility is to introduce the rubies and pink sapphires from Greenland as a new source of the rarest, most valuable and oldest gemstone on earth: the ruby.  She spearheads client relationships, prospects, communications, branding and marketing strategy.  Greenland Ruby is owned by LNS Mining. 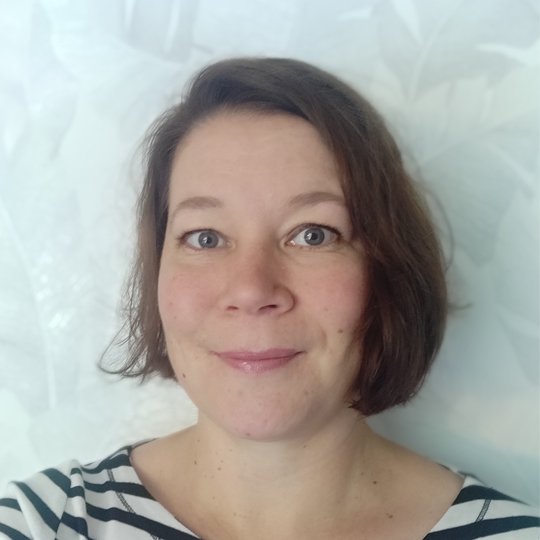 Chair of the Board, Women in Mining Finland Association

Presentation: Why do we need women’s association in mining industry?

Hanna Junttila is one of the founder members and the Chair of the Board of WiM Finland. Hanna is a geologist (MSc) by training and she has been working as a researcher at the University of Oulu in the department of Geology and in Oulu Mining School. After the research career she has been working in sales and marketing in manufacturing and services industries. Currently she is working as a Customer Services Manager in Eurofins Mineral Testing (formerly known as Labtium). When not doing volunteering she is running on the trails and dreaming about finishing a 100km ultra-run in the French Alps. 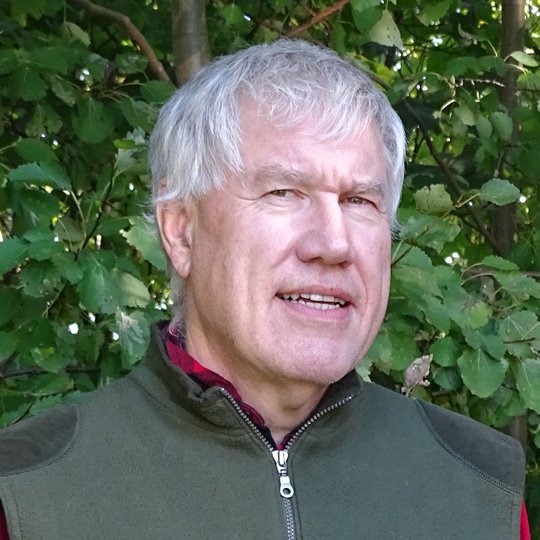 Presentation: The graphite resources of Norway

Håvard Gautneb is a geologist and industrial minerals specialist at the Geological Survey of Norway, his special area of research is presently the geology and characterization of natural graphite deposits, and other critical minerals. He has 30+ years of experience with minerals, and economic geology, in particular the non-metallic and industrial minerals of Norway and Scandinavia. He holds a Master of Science degree from the University of Bergen. 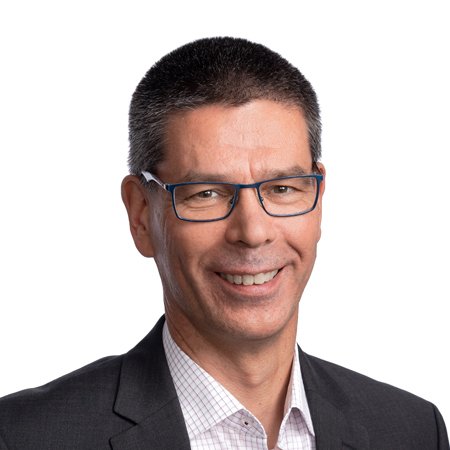 Presentation: Keliber – Integrated production from ore to lithium to meet the growing demand

Hannu Hautala is an experienced leader in Metals, Mining, Electronics Manufacturing Services and Logistics. Currently Chief Executive Officer at Keliber and Board Member at Luxmet. Keliber is the most advanced battery grade lithium project in Europe. Luxmet provides unique Electric Arc Furnace control technology, based on physical spectrum of light helping steel industry to reduce CO2-emmissions. Before Keliber, as a Chief Executive Officer at Nordkalk and before that in various senior management positions, e.g. Executive Vice President, at Outokumpu.

Beside Finland, Hannu Hautala lived and managed business nine years in Germany, four years in Hungary and, also in Estonia. 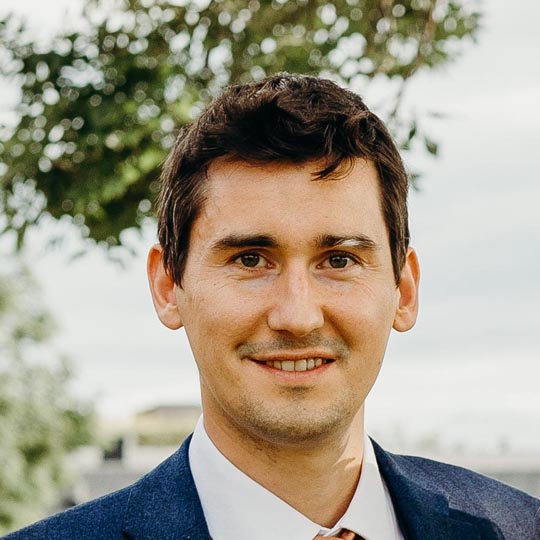 Chris Hunter has 10 years of experience in the exploration industry. He currently oversees First Quantum Minerals’ (FQM) global Ni portfolio and is the regional geologist for Finland. He joined FQM in 2012 after graduating from Imperial College London with an MSc in geology. Chris has spent several years working on both early stage and advanced magmatic Ni-Cu-PGE programs in Finnish Lapland and West Africa, as well as overseeing joint venture programs in South America and numerous project reviews in Australia, North America and Europe. Prior to leading the Ni team in FQM, Chris has been involved in several porphyry projects in Eastern Europe and explored for both sedimentary Cu and hydrothermal Ni deposits in Zambia. 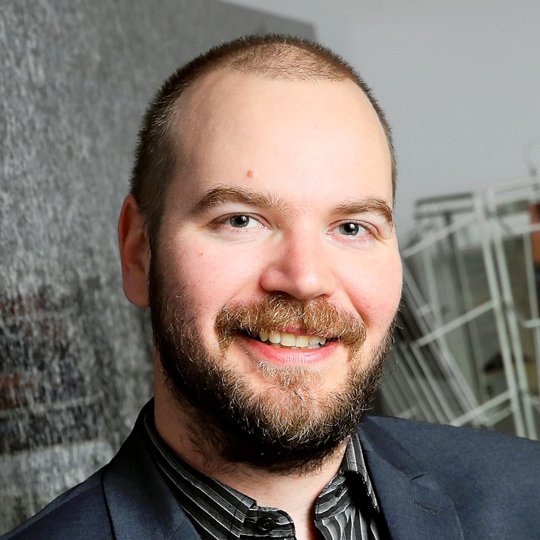 Pasi Heino has fifteen years’ experience in geology and management related positions, working with precious metals, base metals and industrial minerals. Strong base in large scale open pit mining as well as background as a researcher. He is a Competent Person according to the AusIMM.

Pasi Heino holds M.Sc. in Geology and Mineralogy, from the University of Helsinki, Finland. Currently as a project manager in Sokli mining project. 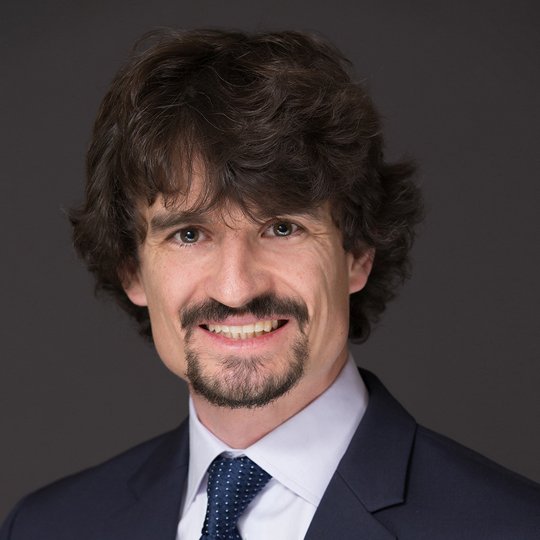 Presentation: EMX – a junior company with a major’s portfolio

Johannes Holzäpfel has over 10 years of experience in the mineral exploration industry. He worked in copper and gold exploration in Indonesia and Mongolia. In the DRC he led an exploration team of Ivanhoe Mines in search for copper and other base-metals in the Central-African-Copper-Belt. He also worked with Boliden in Sweden exploring for base metals in the prolific Bergslagen district. In 2011, Johannes graduated with a Master’s degree in Economic Geology from the Eberhard Karls Universität Tübingen, Germany. 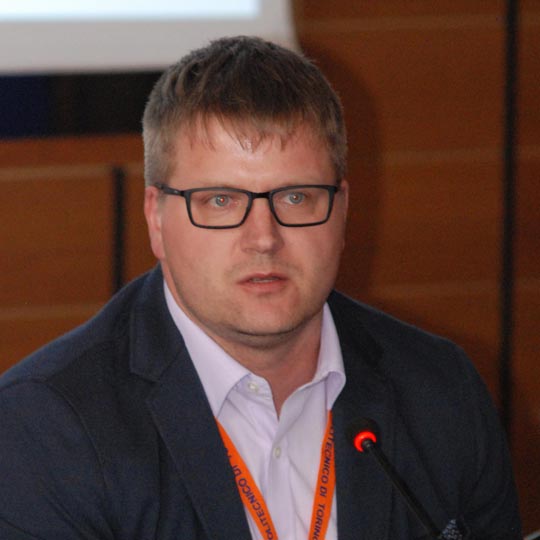 Presentation: Possibilities of Underground Laboratories for the mining industry 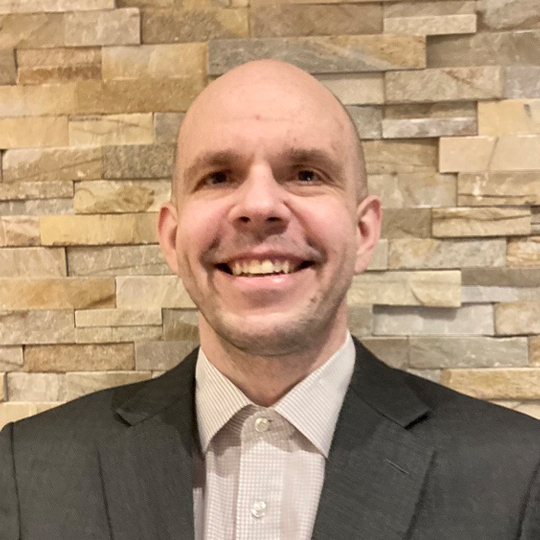 Presentation: Aurion Resources is at the epicenter of an emerging gold camp in Finland

Matti Talikka is a geologist with vast experience in the mineral resource industry and has held senior technical and management positions in exploration, mining and minerals processing technology companies. Matti is a Fellow of the Australasian Institute of Mining and Metallurgy, and Chartered Professional under the discipline of Geology. 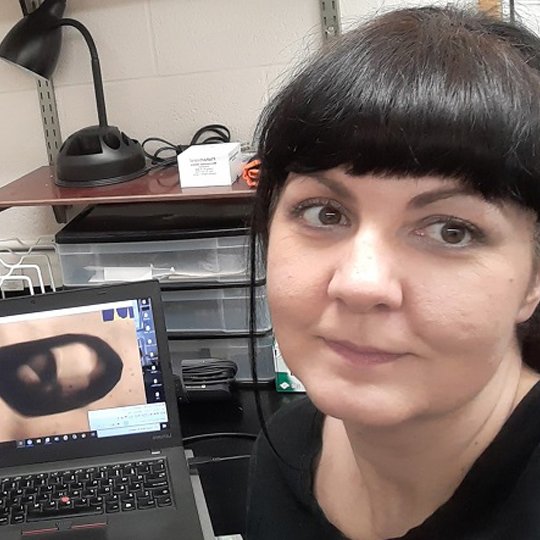 Presentation: Wrap up and closure

Sabina Strmic Palinkas received her PhD (2009) degrees from the University of Zagreb, Croatia. In 2013, she moved to the University of Auckland, New Zealand, for a two-year research fellowship, studying ore-forming processes in low-sulfidation epithermal gold systems. Since 2015, she has been affiliated with UiT The Arctic University of Norway in Tromsø as an associate professor in ore deposit geology and geochemistry. In 2019, she joined K.G. Jebsen Centre for Deep Sea Research at University of Bergen, Norway, where she holds an adjunct position in ore geology.

Her principal area of research is geochemistry of hydrothermal ore deposits, including mineral chemistry, fluid inclusion studies, stable isotope geochemistry, and thermodynamic modelling. During the past 20 years, she has been involved in studies of a wide spectrum of ore deposits, including epithermal, Carlin-type, hydrothermal-metasomatic, skarn, SEDEX, MVT and pegmatite deposits, as well as in several environmental studies. Recently she is mostly working on submarine hydrothermal systems along the Arctic Mid-Ocean Ridges and volcanogenic massive sulfide (VMS) deposits, orogenic gold deposits and sediment hosted Cu deposits in Norway.